History in digital - Can we trust it?

I don't know many people who turn to books for history lessons anymore. These days everyone goes to google, or wikipedia most likely. I have to wonder how reliable and accurate is that? Everyone currently accepts wikipedia as accurate and a reliable source of information. But as we know (hopefully know), it's been proven that it's not always accurate. I remember seeing news about how Scientologists will edit pages, and even politicians edit pages about themselves, not to mention the countless anonymous trolling that occurs via wikipedia and other sources. Though we can't even trust history books...

More recently, history has been modified according to current times definitions of terrorism, in that the Boston Tea Party is now being called an act of terrorism. I had seen an image online which showed that even history text books have reflected this, though I question the authenticity of images like that online. This all makes me wonder, how do we know what really happened in history if all we do is look it up on an easily modified source such as the internet? If they are editing history in schools, how do we know they haven't already changed the sources on the internet? I for one do not have the best memory and will look things up. I would not know if something had been modified or not. But if the Boston Tea Party was an act of terrorism, then America is a terrorist organization.

Considering the current tyrannical path our government has taken, and seeing that other such governments have gone as far as modifying their own historical information to fit their needs and agendas, how do we know that our own hasn't already done so? Some lesser known historical information that even when I went through school was not accurate (or not even taught), such as how the native Americans were so great in numbers that even with firearms there is no way we would have been able to take America from them had it not been for the diseases and plagues that wiped the majority of them out. Christopher Columbus was not some great explorer who discovered America. President Lincoln abused government power, that when the civil war started, it was not because of slavery, but because the south succeeded from the Union and Lincoln would not allow that. Not only historical falsification occurs, but even the meanings of things such as our constitution is being modified. Such as how the 2nd amendment only applied to muskets. Anyone who thinks that, is a fucking idiot.

The more I learn, the more I find that what history is generally accepted and taught, is not factual history at all. I further believe that our government has in fact been falsifying history just as other governments have to paint it in a better light than is factual. Our government has been tyrannical since the 1800's. And slowly we have had our liberties and freedoms that were fought for taken away. What America was founded on and escaped from no longer exists. We came to America to get away from taxation, to have freedom of religion, and have our liberties and pursue happiness. We are being taxed more and more, freedom of religion is slowly becoming freedom of Christianity, and our liberties taken away while being forced into wage slavery.

If we knew our true history, perhaps we would not be in the situation we are in today, where our government is slowly eroding away the constitution that America was founded on, and our liberties being taken away. Remember, history is "written" not recorded, by the victor. Rise up sheeple. Stop being mindless faux news drones believing everything you're told. 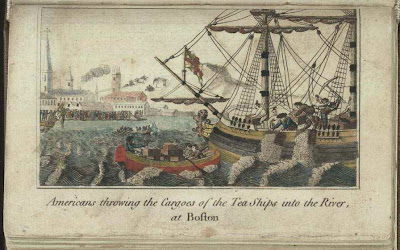 Posted by systemAdmin at 4:35 PM No comments: