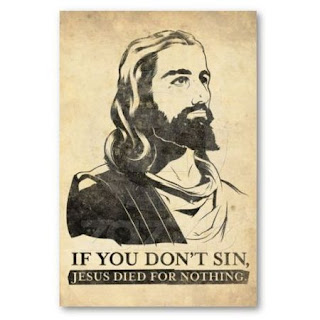 I've been thinking about this stuff for a while now. I've had plenty of discussions with people that are very knowledgeable about the bible and church.

The tactics the church institution uses are manipulative and cult-ish. The messages or sermons they commonly give are not always within the context of what the bible tells. Bible verses are twisted and skewed to fit the message they want to tell. The latest verse I saw miss-used, Philippians 4:19 (http://www.facebook.com/note.php?note_id=135435149843653&id=102470493134142) says that God will provide your needs according to His riches, however if you follow the link, the guy ignores the word "NEEDS" and says you are "RICH". Now I don't know what his definition or needs or rich is, but it certainly isn't the same as mine apparently. And this is becoming common place with pastors and church's. The even bigger issue I have with that is the number of positive comments about it, "Amen" this "Amen" that...seriously? Did anyone read the verse? It's not much different then a cult that tells it's followers of all the riches and greatness they will have for following the cult.

One of the best manipulative practices is prophecy. They have leaders that prophecy over their congregation of great things to lift you up and make you feel good. The prophecy doesn't have to come true. If it doesn't, it's easy to say it's because you're a sinner or something similar. Those that are more into it will even start to prophecy, because it makes them feel good, while possibly making someone else feel good. Prophesying isn't bad, and is biblical, the problem is that it's just being used for manipulative purposes by the church institution now.

The other real problem, is that the church institution is like the government. It's there to serve itself and enjoys power. It puts a single person on a pedestal, and lifts them up to a Christ like status. It ingrains the idea that the church institution is required to reach God and Heaven. And even though it doesn't have a police force to beat you down, it works to make outcasts of those that do not conform and look down upon those outside of it's walls and ideals. Although, at one point in time it did have more control than Kings and Governments and beat and killed those that didn't conform...but that was a long time ago.

To prevent people from thinking the church institution is wrong, they employ the Satan tactic. If you are not able to be apart of the church it's because Satan is trying to convince you that it is bad and wrong so you will avoid it and not receive the message from God that the pastor has. I think this is possibly one of the institutions greatest manipulative weapons. It certainly worked on me for a while. If that doesn't work, then it's the fact that the church institution does a lot of good even if it's not perfect(or far from perfect). I think that's a terrible concept. Even baby strollers do a lot of good, even if some of them are possibly deadly and has been known to kill them. But when a product is capable of evil, they usually do a recall and fix the issue, unlike the church institution.

The church institution has become a machine much like the government that is out of control. It's not even that the modern church does it intentionally, but that the design and idea of the modern church is how we envision it, create it, and run it without even realizing how bad it is.

When I bring this up to people, they believe I've simply been hurt by the church and am biased, that not all church institutions are like this, or other excuses like it's Satan trying to separate me from the church. They also say that of my ideas about society and government too though. The modern church is one of the largest cults and grows more and more out of control all the time. However, I think if the church institution actually preached the true bible, they would have fewer followers than any other religion. As it says in the bible, sell everything you have and give to the poor(Luke 18:22), how many would be willing to do that? Who would want to live with only their needs being met while they are out there spreading the good word in dangerous areas and suffering in the name of God? The actual message isn't as appealing to people as the message the church institution provides...but I think it's definitely better.

Posted by systemAdmin at 4:25 AM