This post is because of a comment that made me think about the evolution of the church, among other things. Hopefully I can keep it shorter to avoid tl:dr but that's not too likely. 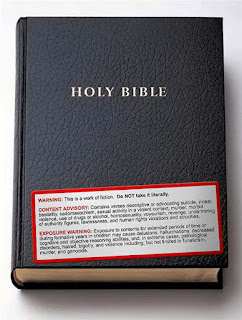 The Bible, or the teachings of Jesus are not very popular among people. At least not the way it was originally intended. The only way that Jesus could have pulled off the stuff he did and we end up with the New Testament is if he did some pretty amazing things, Jesus like things. However, biblical Christianity never took off and doesn't exist today. What we have is a result of centuries of conformity and control via misinterpretations and force.

The first real adoption of Christianity was somewhere around 230ad(I watched a Discovery channel thing on this) by some empire, possibly Roman, that made Christianity their religion and built church buildings for the people to go to. The Christian religion is the perfect religion to have your people conform too. I'm not actually familiar with other religions, but the teachings of Jesus basically says to follow the governments laws and basically to be non-aggressive(ie: Just do what your leaders tell you). Couple that with the fact that religion is easy to twist and misinterpret, especially if it's in a language only the church leaders can read, it's a great way to convince people to do or be whatever you want. Having a church building just makes more sense to help spread your messages and control.

Over the centuries, Christianity was used to convince the masses to action. If you look at the history, it's how and why the crusades happened, its why inquisitions occurred even though they would be completely against the teachings of the bible and were used to force conformity to Christianity. They spread Christianity in order to spread control. Eventually, even though I really am not familiar with history, the Catholic church became one of the most powerful entities and remains fairly prominent in the world. The majority of people do not even question the Catholic church and follow it blindly from centuries of control and conformity to their form of Christianity. I think the U.S., thanks to a democratic government(which we no longer have but call it that anyway) and freedom's that they originally gave people, created the downfall of Christianity within the U.S. and up-rise of a society ran by greed. I almost want to go as far to consider society it's own religion, Societism(I'm guessing something is already written about this idea, I'm just not aware of it...).

As the church loses its appeal to modern science and knowledge, it's really changed its methods drastically to gather followers. This applies almost entirely to the U.S. because in Europe they don't care because they get paid regardless if people show up to their church buildings or not thanks to government enforced tithing. Originally, they used their political power and were able to force people into Christianity. With the freedom's in the US along with the pursuit of happiness(read: money and power) Christianity isn't very appealing considering it opposes money and power. But if you read the first two parts to my posts about the Church, that is the result; A business that uses cult tactics to gain a following in order to obtain money and power.

Another thought and something else I looked into, is that if you do take away the church buildings, and meet in houses(see: house church), you take away the money and power that drives leaders to twist and manipulate people. Upon researching this, I found that some prominent names in the current Christian Church oppose the concept because of a number of reasons. Mostly because there is nobody to enforce control. (see Critisim on this wiki)
Posted by systemAdmin at 9:03 AM