The Day We Should Start Worrying 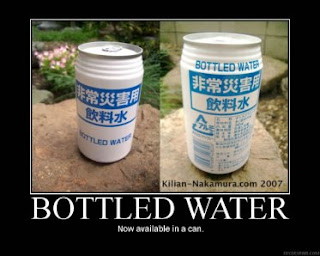 Is the day that youtube is blacklisted. Technically it should be today, or better yet a long time ago, but I watched a youtube video at http://dumbhomosapiens.blogspot.com/2010/12/michael-braverman-worldwide-water.html about water and it made me think about something. The video itself was interesting and not a good outlook for the future, but the thing that it made me consider is just how useful a site like youtube is for spreading information and news. Obviously the news media is good for news, but that's only if you don't mind biased an possibly censored news reporting.

Youtube allows anyone and everyone to upload video's and share them. It's a great way to get a message out. Sure there are many other ways such as blogs, or facebook, etc. but the reason I'm bringing up youtube is because it's becoming possible and even likely that it could be blacklisted. With legislature like COICA, at some point media companies could decide that youtube is an "infringing" website, and get it blacklisted. Once that happens, it certainly stands to reason that anything can be blacklisted.

Considering the number of people that fail to or don't even care to question things, at what do they go the next step and blacklist sites simply because they don't like what it's saying? Suppose you have a blog, and you start writing and exposing lies and cover-ups. What is to stop them from blacklisting your site because it had "infringing" material? The site is blacklisted. How is anyone supposed to view it to find out? You can't and everyone will have no choice but to take their word for it

The spread of information is one thing that prevents the government and big business from becoming too powerful. It's only within their best interest to do whatever they can to prevent information from spreading. This is an example of how the government is quickly becoming a totalitarian government. They slowly take away your freedom of speech while making you think it's something completely different, like "infringing" materials. Once your voice is silenced, they can easily do what they want without anyone being the wiser.

This is why we need to take a stand now, while we can still communicate in mass. Once they've taken our voice away, we will be hard pressed to rally against government and big business.

To say something about bottled water though, bottled water is really just a convenience. It's why I buy and drink bottled water. However, it really is a waste of money and plastic. It's good for profit, you know, for businesses selling what you can get for free...but terrible for the environment. Here, have a link to a website. http://www.worldwatch.org/node/5063

*EDIT*
I don't know why, but it completely slipped my mind. Wikileaks is a perfect example of censorship. Mind you, there is a difference between necessary secrecy within the government, especially at times of war (troop placements/movements, type stuff) and the secrets they keep because it's morally or ethically wrong to do. The latest leak however, as far as I've been made aware, is not of national security specifically. It's simply the government acting without the US citizens knowledge. I'm not good with my words, but hopefully this isn't completely mangled. More or less, I believe the secret nature of the documents is not something to make someone a terrorist as they have with Julian Asange, who simply runs the site that makes the truth available to the people. Sure, maybe he hacked to retrieve some secrets, but I don't know that. Either way, it's a start towards making sure that anyone who releases the truth becomes a terrorist.
Posted by systemAdmin at 11:06 AM