Semi-related Post and a good blog to follow... Buckaroopopcorn: Original Content: "I Posted already that people should be spreading their own home brew propaganda and mentioned OC (original content). The premise was that un..." 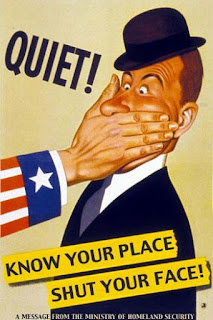 Now, I think what we should start doing is get a group formed that are intelligent enough to see the real issues and what is actually happening in the world, and do something about it. Obviously we can't start a militia (even though the Declaration of Independence says so, the government would shut us down), so we need to start with propaganda. If we can get a large enough group together, we can start to create change.

If anything, we kidnap Oprah, and then force her to tell people what we want them to do. They'll listen to her no matter what because people are just that dumb. From there, we move to other influential people (sheeple herders) and do the same again and again. Well, maybe this isn't the right way to go about creating change, and most people may think I'm crazy for considering the idea, but really I was only sorta serious. It's mostly just a joke. mostly.

To be a little more serious though, if we don't do something now, it will be much harder later when the government falls more into totalitarianism and starts censoring everything that is written and spoken. The closer the government gets to this, the faster it will move to achieve it. All we need to do is reach the majority. If we can get the majority thinking for themselves and to see what is happening around them, we can avoid the subsequent civil war against our own government for our freedom back.

I'll leave you with this quote...

‎"There can be no such thing as "limited government," because there is no way to control an entity that in principle enjoys a monopoly of power." ~ Joseph Sobran 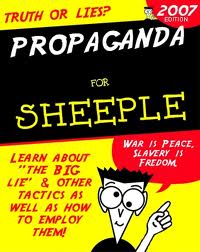 Posted by systemAdmin at 7:16 PM