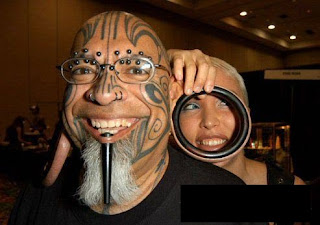 Is stupid. In my opinion. Are people so bored that they have to come up with new ways to mangle themselves? Originally we had tattoos and piercings. Now, we have tattoos, piercings, ear/nose/lip/tongue gauging, those skin piercings(the ones that are just your skin pierced...), other mods like cutting your tongue in two to look like a snake, or this one guy that cut his ears into jigsaw puzzle shape, and many other stupid things. In other countries they have things like neck extending, or foot shrinking.  I'll avoid the other sensitive parts of the body that are even modded. Some things just go too far.

What is wrong with being normal? I can understand doing these things if you're ugly. If you can't be nice to look at, you can at least be interesting to look at. But so many people do odd things to themselves. Do people really want attention that badly? Once all the attention whores do this, and it becomes normal, what will they do then? I can't even imagine.

If you do this stuff, why? 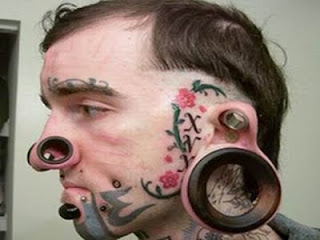 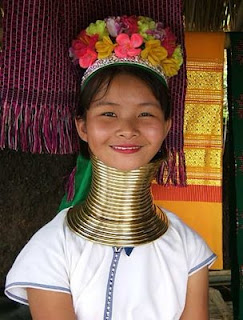 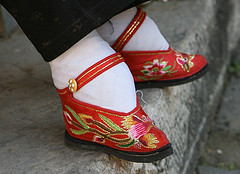 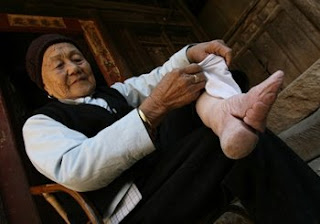 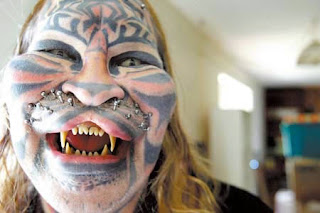 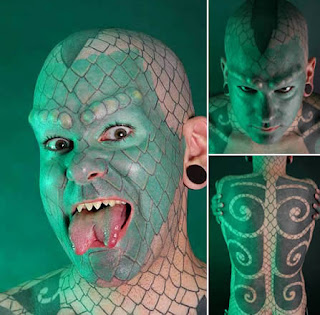