I was thinking about the concept of ownership. Specifically the ownership of land. There is lots of land that has nothing on it, probably won't for a long time, but someone owns that land. I'm not entirely sure it's possible to find land that nobody somehow or in some way owns.

Technically, ownership is about who can defend their claim. If I have a giant army, or at least a few nukes to fire at everyone that wants want I claim, it will likely be considered mine and all I have to do is say so. I will refer you to the Family Guy episode were Peter's house was apparently not owned by anyone and thus Peter's house became it's own country. Joe had a pool and Peter wanted it so he took it over. And so the US government went to war against Peter's country and he lost it. There is also the concept of Anononia for any who are familiar with that project. Though the plan isn't to take over an island, there is still the plan to have it separate from government, or the like, ownership after buying it.

My curiosity/idea, is to get a group of people together and simply find a piece of land within the US and simply take it over. We will keep it completely secret as long as possible and build it into our own city and keep it separate from the US in every way possible. IE: Become completely self sustaining. That's my idea. The curiosity would be to find out how the US will react to a non-US city within the boundaries of the US.

Also, an ingenious way to try to prevent it from being taken from us, embed chips in ourselves that prevent explosives from detonating so long as someone is still on the site. Once we are gone, BOOM! If anyone is interesting in enacting this plan, let me know...I think it could be interesting. :D


This also relates to power, and how the government gets/keeps it. We let them. 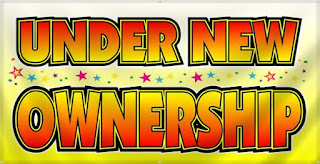 Posted by systemAdmin at 5:04 AM