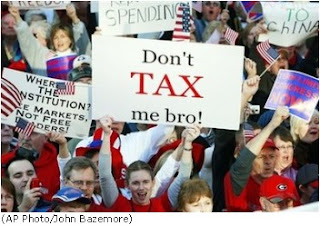 While I disapprove of the government for many reasons, taxation is one of the bigger and yet more accepted things that government does. If you don't pay, they can take your house, your car, your life(prison). You have no choice but to pay tax or become a homeless bum.

Anyway. I wouldn't have a big issue with taxation, if it wasn't mandatory and enforced with force. Also, if the government would actually use it to our benefit I think taxation wouldn't be such a horrible thing. But how many roads do you drive on with pot holes galore, while other frivolous things are done, like nice sidewalks or decorations or others? Somehow, many state governments don't even have the money to continue many public services. If they don't have the money for them, where did it go?

I find it strange that the one part of the government that is used to enforce itself barely has the funds to pay the people working for it, the Police Department. Some of the bailout money had gone to a police department that was failing in some state to keep it going. This is one of the things that doesn't make much sense, to not have money for the very people enforcing your rules. But I suppose if worse comes to worse, they have an entire military at it's command.

One of the other big areas is schooling. I think schools are so poorly run, which is the cause of the lack of funding for schools, but I still wonder why I see so many news stories about how underfunded schools are. The government spends so much money on wars and frivolous things that it can't even try to fund schools properly? School is what trains and educates the future generations of people! Most of what is taught it school is forgotten anyway, except for certain things like basic math and spelling(assuming you write stuff and don't rely on spellchecker for spelling), but that's no reason to not care about public school. We don't actually get a choice in how our tax money is spent on schools, what schools they go to, or whether or not to even pay it. I for one would rather use that part of the tax on a private school to send my kids to.

Japan has super schooling. Everyone in Japan is overly intelligent or at least over schooled. The problem there is there just aren't enough jobs for them. So they travel to other countries for jobs or go home to their run down village to live out the rest of their life in poverty. I saw this on tv once. At least I think this is what I remember from it.

Meanwhile media companies spend billions fighting online piracy while complaining about how it's hurting their income. 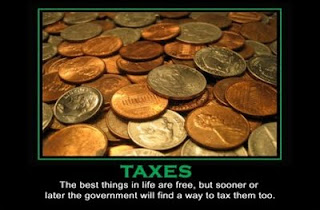 Posted by systemAdmin at 9:20 PM