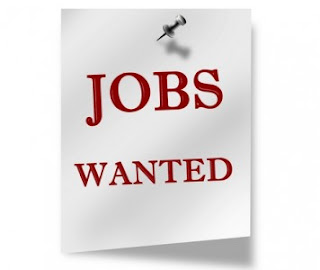 So I am searching for a job...sorta.

What I'm wanting is something simple and semi-boring. I've applied at Walmart, Safeway, um...that's actually about it so far. I've been kind of lazy. I have no motivation to do anything. The problem I've been having however, while trying to apply for other jobs, is I have no idea and am incapable of writing cover letters. I have experience in doing call center tech support, and trying to write a cover letter for something that I have no skills for leaves me staring at a blank screen.

The other thing I've noticed is that crap jobs like Walmart and Safeway, other low paying job, they all have ridiculously long applications. However, jobs that are high-end (requires degrees and pay more) are usually simple 1-2 minute processes for applying...upload resume or email resume. Done. WTF? It's just an annoyance really. Also the Tax Credit questions are annoying too. If you haven't looked for a job recently, I think it's fairly new, but they ask a bunch of questions about tanf and other government programs you or your family may have been or are in. Apparently companies get tax breaks for hiring you if you were receiving government help (i think).

On the news earlier, they were saying how the unemployment rate is down to 8% (8 point something). As people run out of unemployment, as far as the government is concerned, they are no longer "unemployed" so the unemployment rate drops. So basically, the unemployment is probably going up, there are just fewer people collecting unemployment now. That's my theory. I'm pretty sure they don't keep track of people that don't collect unemployment. I'm not even sure how they could. I'm also positive our future ex-president Obama has something to do with it also...making sure he looks "good" to the potential voters for the coming Presidential election. That's another topic though.

Anyone know how to write a cover letter to promote the skills you don't have?
Posted by systemAdmin at 11:48 PM