The latest one I just watched, Audition. It was Japanese I think, subtitled English. Not actually that weird or sick of a movie. The last part of the movie was the only decent part when it was actually interesting. The whole thing could have been shortened drastically by removing most of the first half of it. 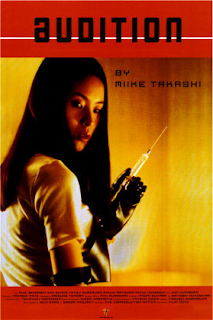 Also, Martyrs, a french film (i think). Fyi, Martyr is their word for Witness in case you watch it and get confused. I think the version I watched was dubbed in English, or the voice track was off...either way. This one was much better than Audition. The first part of the movie wasn't horribly long to get to the better parts...the actual plot and stuff. It gets to a point where I think it's going to end, but didn't and there was actually quite a bit more to it which was good. The ending was really good. 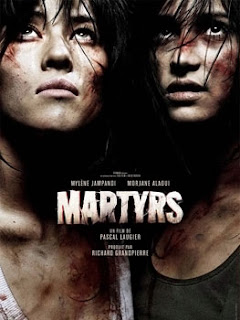 Delicatessen. Another foreign movie with English subtitles. This one was interesting. It didn't do the typical boring introductory part, then good part. It was interesting through the whole thing, but also didn't have a epic climax or anything either. Also, not really sick or anything...as far as showing gore and whatnot I mean. 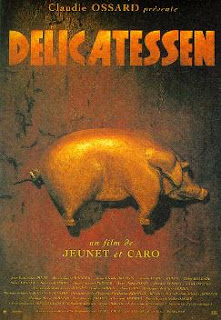 Silent Hill was pretty good. I liked it, but apparently the movie didn't do so well as far as reviews. But I think it was definitely worth watching. Going to silent hill seemed like a stupid response to a girl saying the name, and other idiotic things leading to them getting there. And other little things. But otherwise, the underlying story of Silent Hill was really good...probably why I liked it even though other things were pretty bad. Also the ending was decent. 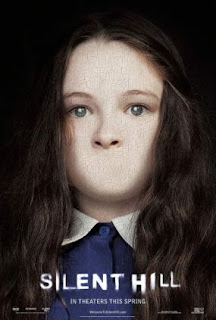 Still to come, A Serbian Film, Cannibal Holocaust, Bastard Out of Carolina, and Frontiers. Semi unrelated, I watched Black Snake Moan once. It was a really well done movie. I would recommend it.
Posted by systemAdmin at 8:12 PM