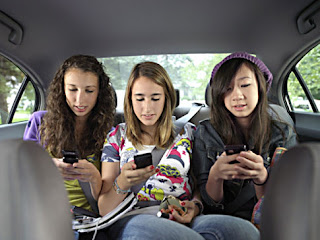 Anyone else sick of a generation of dumb vapid females that spend their lives glued to their phones? They need to be constantly stimulated, constantly connected, they are horrified by the idea of reflection, contemplation, of solitude. Everything is social, but superficially so, sharing meaningless interaction over facebook, or twitter or whatever.

Their mind is hollow and their iPhone is their brain and their soul. They are completely ignorant regarding anything important or intellectual. They have no notion of any kind of wider conflict regarding Israel, they think the terrorists did 9/11 because they hate our freedom, they have no fucking clue about any kind of history, South African apartheid, American neocolonialism, or pan-Iberian Basque nationalism.

Their knowledge of science only consists of what they bothered to pay attention to in secondary school, or college if they were raised in a good home. Instead their life is consumed with acquisition of things, they are slaves to Mammon worshiping in the temple of Nordstrom and Abercrombie. Everything they do is social, every action is meaningless if it isn't shared with someone else right away. Life has no greater purpose, knowledge is meaningless, self-improvement is a waste of a time when they could be at PinkBerry gabbing with their friends.

I'm frustrated because it seems like more than 4/5 of girls I've met in my life are like this. I want to open my mind to them, but they don’t understand anything. I feel like Charlton Heston in Planet of the Apes. And it’s not so much that I feel superior, I’m not, I have my share of flaws.

*Edited version of a post from a popular image board.
Posted by systemAdmin at 3:11 AM